So finally here is a photo of our booth at the AAC Craft Fair from last week: 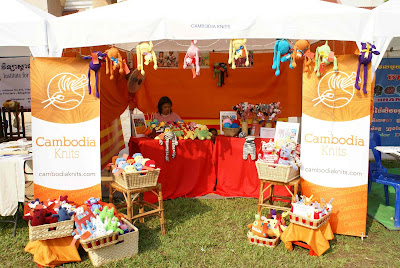 And another photo to show you how not busy it was: 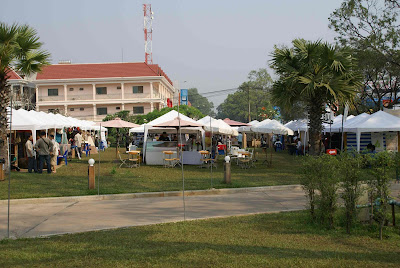 Now the evenings were somewhat better, but most of the people coming out in the evenings were Cambodians out for an evening stroll. Nothing wrong with that, but for the majority of the businesses and organizations at the fair (all of which paid big bucks for the booth), this does not represent the target market. The organizer’s promised 10 000 visitors over the 5 days but I’d be surprised if there was even a quarter of that. I also think they failed to advertise properly since there were no adverts in any of the free local booklets that every tourist to Siem Reap pours over and uses to plan their activities. Sure there were a lot of posters and banners, but posters and banners are not that effective at bringing people in, apparently.

Oh heck, while I’m at it, let me just complain about one final thing: gem dealers at the fair. AAC is the Artisans Association of Cambodia, meant to promote local artisans and especially promote fair trade practices. Gems dealers are the antithesis of this! Gem mining that takes place in Cambodia is environmentally destructive, often uses child labour, is underpaid and often done in conditions that are unsafe to the workers. In the end, what the person who finds a gem gets paid and the price it sells for retail is ridiculous. There is nothing Fair about any of it! There were several booths selling gems at the fair and the organizers said this was because they are Cambodian products. I was very disappointed.

And now for something lovely. I asked Mony and Navy to take some monsters and my camera to the temples and get some product shots. At first I was worried there might be something inappropriate about posing monsters against ancient Angkor temples. I also thought they might be embarrassed to wander about with a handful of monsters. Neither of those things were a problem and after a short lesson on the SLR, they went off quite excited and eager. My final worry was that the camera would be too complicated and the photos would be blurry or not so well framed. What they came back with was amazing!!! Have a look: 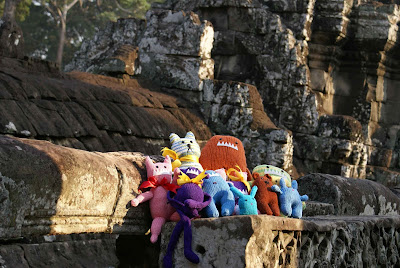 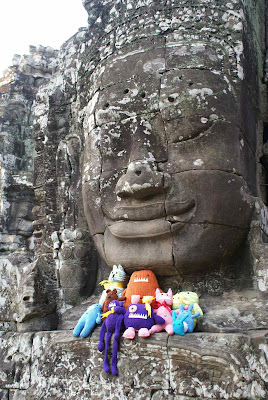 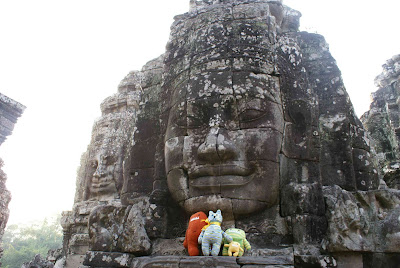 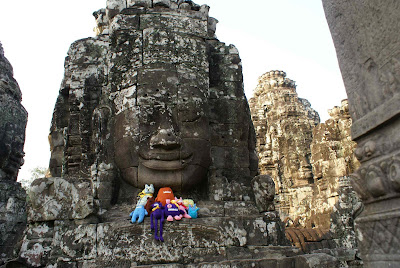 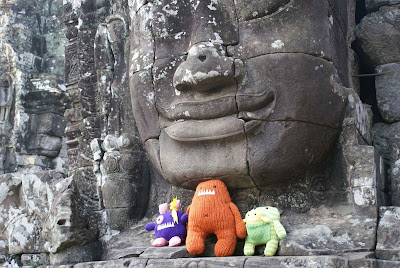 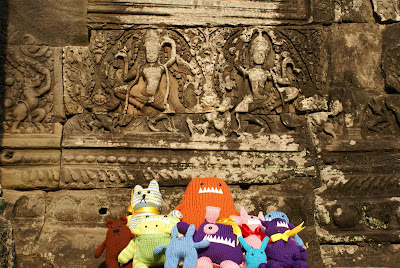 This one is my favourite: 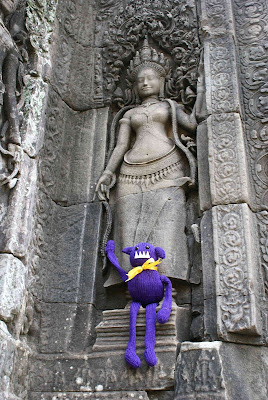 SHIPPING NOTICE: Due to Covid-19, we are processing orders as best as we can, but please be patient with us. Dismiss